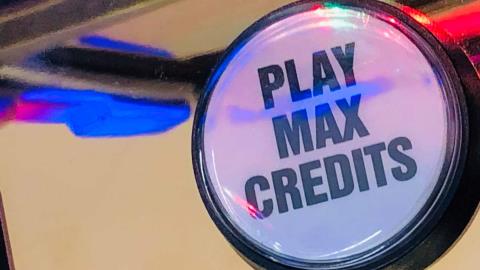 One in 10 Buy Now Pay Later buyers have been chased by debt collectors, representing one in eight young people, Citizens Advice warns.

The charity’s latest research shows Buy Now Pay Later (BNPL) buyers have been charged £ 39million in late fees over the past year.

Of those who were referred to a collection agent for missed payment, 96% suffered a negative consequence. They reported at least one of the following events: sleepless nights; ignore text messages, emails and letters in case it is in debt; avoid answering the door; borrow money to pay off debt; or their mental health worsens.

Still, the charity found that none of the BNPL checkouts on major retailer websites warned people that they could be referred to debt collectors for missed payments. Instead, it was only reported in the T & Cs on a separate page, if at all.

Citizens Advice did mystery shopping from 100 leading retailers and found 38 BNPL deals, 22 of which offered more than two BNPL options, meaning there were a total of 74 BNPL checkouts.

The study also found that among those who offer BNPL, only 11% have warned buyers that they are taking out a credit agreement, the remaining 89% have put this information in small print or in the terms and conditions.

Dame Clare Moriarty, Managing Director of Citizens Advice, said: “The sheer number of buyers facing debt collection is surprising. We know from our frontline counselors how stressful this can be.

“A transparent ‘buy now, pay later’ payment process shouldn’t mean buyers have to dig into the fine print to find they are taking out a credit agreement and could be referred to debt collectors if they don’t. can not pay. Warnings must be inescapable.

Citizens Advice asked the BNPL companies featured in the study if they had ever referred clients to debt collectors. Klarna, Clearpay, Laybuy and Openpay have confirmed that they do this as a last resort. Splitit said no. PayPal declined to comment.

The charity calls on the Treasury to urgently regulate BNPL as it fears buyers will be left unprotected and misinformed during the industry’s rapid expansion.

Millie Harris, Debt Advisor at Citizens Advice East Devon, says: “What worries me is that people don’t take into account that Buy Now Pay Later is credit. They don’t realize that there will be consequences if they don’t pay – it gives them a false sense of security.

“I’ve seen people use it for their children’s clothes and shoes that they otherwise would never have been able to afford. They take out what is effectively a loan, but they don’t see it as such. For example, I have helped someone who has tens of thousands of pounds in debt, but does not consider Buy Now Pay Later in that total.

“It’s almost a debt under the radar.”