One of the strongest justifications for the economic liberalization that began in the 1980s is that it not only raised growth rates, but that growth spilled over to the poorest. Granted, liberalization has increased inequalities, but this is rationalized as the price to pay for higher growth. After all, it was not just us loyal members of the bourgeoisie who said these things – even Comrade Deng Xiaoping advised the Chinese people to “let some people get rich first.”

People who aren’t impressed with Deng may choose to believe economist Simon Kuznets instead, who said inequality would initially increase as the economy grows, but eventually decline. The resulting Kuznets curve, as this representation of the inequality trajectory is called, is an inverted “U”. So an increase in inequality is perfectly fine, it’s just the effect of strong growth in the economy. Those of us who are best positioned to take advantage of this growth, whether through higher initial wealth or higher educational opportunities, benefit the most, of course. But the important point is that everyone wins, even the poorest.

French economist Thomas Piketty threw cold water on this argument in his best-selling book, Capital in the Twenty-First Century, which belied our beloved belief that a rising tide of economic growth will necessarily lift the boats of everything. the world. Even so, we assumed that while this may be true for developed economies, as their factories are increasingly automated and their jobs disappear to emerging markets, it is not for developing economies. Surely the evidence was all around us, as large populations were able to move above the poverty line, thanks to the higher growth introduced by liberalization? Surely the forest of satellite dishes in the slums, the motorcycles parked in front of thatched huts, the ubiquity of cell phones indicate growing prosperity even among the poor?

Apparently we have all been deceived. A much-discussed recent article by Piketty and Lucas Chancel titled Indian Income Inequality, 1922-2014: From British Raj to Billionaire Raj? denies that liberalization has been good for the poor in India. Put simply, their paper reveals that while the real annual average growth in income per adult for the bottom half of the population was 2.2% between 1951 and 1980, it fell to 1.94% between 1980 and 2014 (see the graph 1). In other words, the bottom half of the population experienced higher income growth in the decades before liberalization than in the decades after. Of course, their incomes also increased after liberalization, but at a slower pace than before. Were those supposedly socialist decades really better for the poor?

The newspaper is also not optimistic about the situation of the “middle class”. He finds that what he calls the middle 40% of the population (this is a bit of a misnomer because he refers to individuals above the bottom 50% and below the top 10%.) neither very well done of liberalization.

Piketty and Chancel do not deny that overall growth increased after liberalization. According to the document, the real average annual growth per adult for the whole population during the period 1951-1980 was 1.7%, well below the growth of 3.25% recorded during the period. 1980-2014.

Interestingly, China, which also embarked on liberalization after 1980, saw its average 40% capture 43% of income growth between 1980 and 2014. Growth there has been much more equal than it is. ‘in India, although this may in part be a legacy of the earlier Maoist era.

What is income inequality in India today? The document contains data for 2014, which shows that the average income of an adult in the richest 1% is about 70 times the average of the bottom half and 35 times that of the “middle 40%”.

The paper concludes that “Brilliant India” corresponds to the richest 10% of the population (around 80 million adult individuals in 2014) rather than the middle 40%. These results will be very controversial because they upset the established discourse on growth after liberalization. . It is certain that the debate will be lively and passionate. The full document is available here.

Reply to this column at [email protected]

* Thank you for subscribing to our newsletter.

Next The return of the super rich to India

Elizabeth Warren doubles up to advance the progressive agenda

US to stop tagging currency manipulators in Vietnam, Switzerland and Taiwan 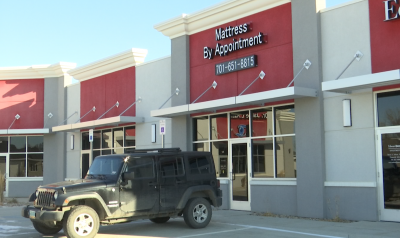