The turn of the decade sees substantial efforts to reduce plastic pollution in Southeast Asia. Around the world, trillion plastic bags are used every year with the impacts on living conditions and waste infrastructure. In Thailand, a ban on plastic bags for large retailers went into effect this year. The Thai government has also recently banned imports of electronic and plastic waste. These initiatives reflect a beautifully coordinated policy mix, but the effort deserves further development.

Plastic waste wreaks havoc in natural and human environments, clogging urban drainage systems, shocking rivers and oceansand exacerbating floods. Banning plastic bags is an appropriate first step. Nevertheless, broader initiatives can be taken, such as the commitment of London retailers toplastic-free zones ‘and New Zealand without plastic’unpackedprogram in supermarkets. These efforts are creative extensions of what is said to be the world’s first plastic-free. supermarket aisle in the Nederlands.

As blunt political instruments, bans or additional charges for plastic bags have mixed results. After the introduction in 2015 of a supplement in the UK, the number of plastic bags sold by retailers tear down hastily. On the other hand, a 2002 to prohibit on plastic bags in Dhaka, Bangladesh, seems to have accomplished little. In Kenya, a similar ban was applied inconsistently and resulted in illegal smuggling by “bag cartels”.

Such bans also threaten certain industries; a plastic bag factory on the outskirts of Bangkok saw a 90 percent fall in orders in the first month of Thailand’s ban. With thousands of jobs at stake, industry groups are fighting back with allegations of insufficient recycling processes, complaints about the immediacy the ban and proposals for making thicker bags that can be reused before being recycled.

While packaging bans and regulations address how plastic enters the consumer cycle, plastic waste management also deserves special attention. For example, despite the recyclability of some plastic packaging, the proliferation of ‘valve‘ packaging frustrated the recycling process. In addition, the real estate frenzy across the Southeast Asian region, fueled by tourism and real estate investment, is generating substantial amounts of construction wastes that are often burned on site – a quick method of waste disposal that unfortunately releases airborne toxins.

Governments are in trouble. Policy constraints in most Southeast Asian countries include incomplete prediction of peripheral impacts, the incompatibility of new policies with entrenched systems, and the uncertain sustainability and effectiveness of such policies. Academia and commentaries offer other explanations, including tax limits, poor coordination, bribery and corruption, regulation loopholes and weak political will. These factors limit the ability of Southeast Asian countries to comply with the 2019 amendments to the Basel convention that target plastic waste.

Better models elsewhere offer hope. In Scandinavia, environmental stewardship is arguably a fundamental expression of societal identity – from the congested cycle paths in Copenhagen to the forest getaway in Sweden. stugas. Scandinavia is also a leader in reducing plastic waste. Denmark introduced in 1993 a tax on plastic bags was the first in the world. Sweden has recently sought to embrace plastic prohibitions which exceed in the scope and rigor of those declared by the European Union. Hailed for taking a “ radical ” approach, Norway is combining plastic bottle deposit systems and producer tax incentives with growing a mentality that plastic containers are “on loan” to consumers.

The concepts of extended producer responsibility and circular economy provide useful frameworks for policy design. My recent co-author study highlights policy options which include the liberalization of trading platforms for recycling waste into production inputs, databases for material flow accounting at regional and global levels and wider adoption of norms and standards of producers thanks to the coercive power of industrial associations.

The voice and the will of the public can be just as powerful. In Scandinavia and other democratic countries, demand for green initiatives comes as much from the grassroots as it does from government statements and global initiatives like the Sustainable development goals. Researchers theorized this phenomenon with the ‘environmental Kuznets curve‘, representing, somewhat controversial, environmental degradation is lowest in the least developed countries as in most developed countries. The bottom line is that economic growth and advancements in plastic disposal are not mutually exclusive.

Yet households are slow to embrace recycling, even The richest cities in Asia. Richer countries are more prolific consumers and the fiscal space allows them to get out of problems by outsourcing and offshoring waste treatment. In recipient countries, growing political antipathy targets waste import programs, with recent examples The Philippines, Malaysia and China.

In February, Singapore adopted more stringent protocols on the transboundary movement of certain types of plastic waste. Indonesia recently announced efforts to eliminate plastic pollution by 2040 through product redesign, broader waste collection coverage and increased waste handling capacities. The crisis is now too visible to be politically ignored. Countries rush – or stumble – out the door to deal with it, providing useful opportunities to compare policies and observe which will work or fail.

Many citizens of rapidly developing countries in Southeast Asia recognize the virtues of environmental conservation and have mobilized when possible. Environmental interests can intersect with concerns about corruption, loss of natural heritage and destruction of environmental assets to generate powerful political movements. To mobilize action to seriously tackle the plastic apocalypse – beyond brutal technocratic plastic bag bans – it is incumbent on leaders to appeal to both a collective conscience and a sense of personal duty.

Kris hartley is an Assistant Professor in the Department of Asian and Political Studies, Hong Kong University of Education. He is also a non-resident researcher at the Chicago Council on Global Affairs and an affiliate researcher at the Center for Government Competitiveness at Seoul National University.

This is the 3rd Metár call for tenders: what investors need to know

The Fed is extending the PPP facility until June 30th 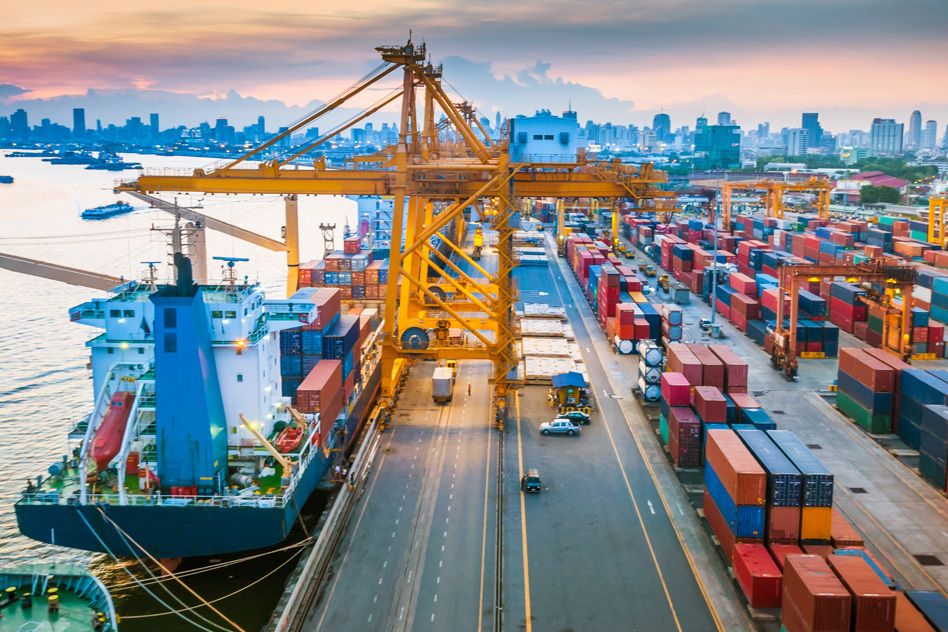 Income inequality linked to the “complexity” of exports | MIT News